They are located in the Central Rhodopes, standing 1450m above sea level. They are 80km south of Plovdiv, 35km northwest of Chepelare and 200km from Sofia. The “Wonderful bridges” are enormous marble arches connecting the two banks of Dalbok Dol river. 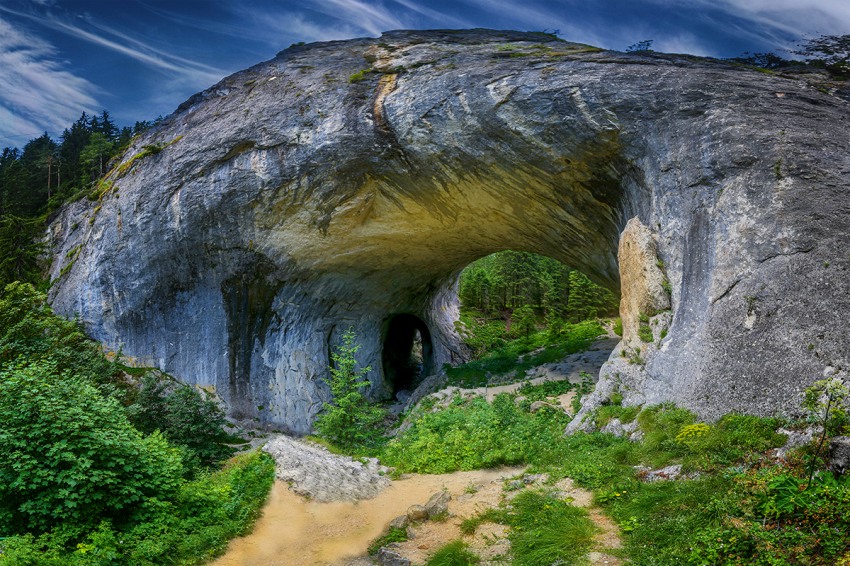 The rock phenomenon is interesting not only with its impressive appearance, but also for the history of its origins. The marvelous arch of the so called “Big Bridge” was formed by the collapse of a large water cave caused by an earthquake. The waters of the Dalbok Dol river have carried away the fallen debris, thus naturally formed two rock bridges, which are extremely beautiful. The erosion processes of the rock phenomenon are still ongoing today.

The “Big bridge” has a total length of 96m in its upper part and it is 70m high. Its vault rises 45m above the clear and ice-cold waters of the river. The marble block from which it is built is 12-15m wide and a gorgeous path passes through it. Many rare birds and bats find shelter in the cavities of the bridge. 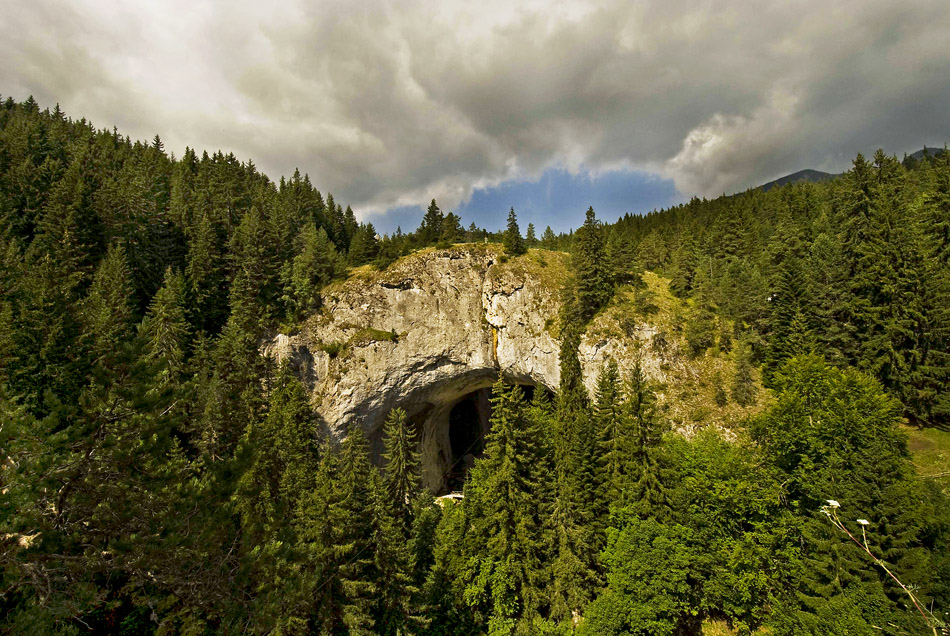 About 200m downstream is the second “small” bridge, which is 60m long and it looks like a long tunnel. It is 50m high and its arch is 30m. It has a relatively wide opening, which gradually narrows. Towards the lower end of the small bridge, the river disappears under it, coming to surface again after about 2km. The distance between the two bridges is 200m and it is an extremely beautiful river valley, which has an abundance of memorable and breathtaking views, including a small waterfall. Along the rocky cliffs around the bridges, nature has designated a place for many beautiful plant species, among which are Geranium (Geranium macrorhizum) and Haberlea rodopenzis.

One of the remarkable attractions offered to tourists, who are visiting the natural phenomenon is a zip line, which starts on the “small” bridge and goes all the way under through the “big” bridge. This breathtaking experience allows the phenomenon to be seen from bird eye’s view. It is important to note that using the zip line is performed only after instructions from certified personnel and after being equipped with special equipment. 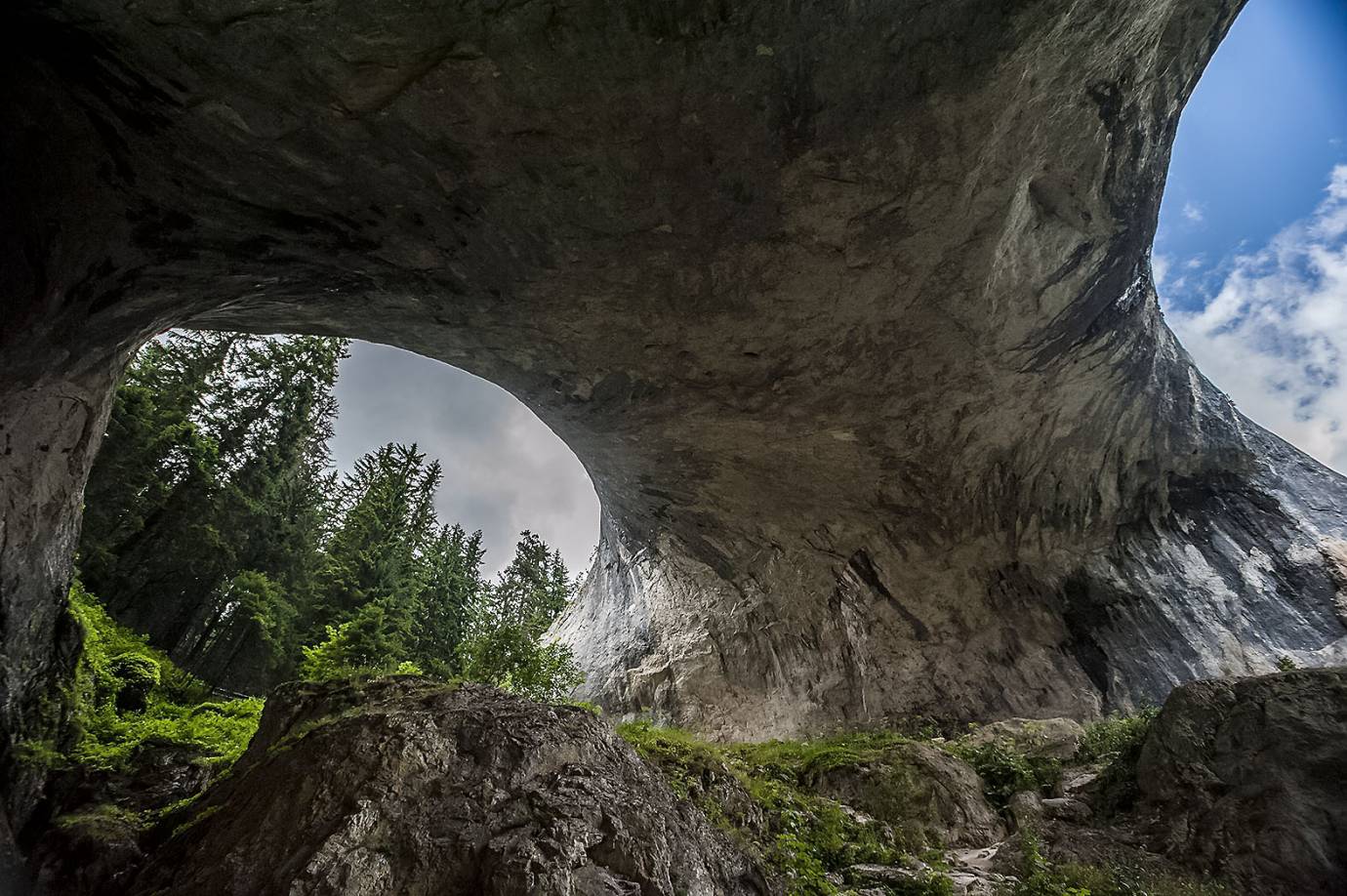 Next to the natural phenomenon, literally meters away, is the tourist complex “Wonderful Bridges”. There, every tourist has the opportunity to relax, enjoy a hot cup of tea made with local herbs and try some delicious local specialties.

You can find out more about which cookies we are using or switch them off in settings.

This website uses cookies so that we can provide you with the best user experience possible. Cookie information is stored in your browser and performs functions such as recognising you when you return to our website and helping our team to understand which sections of the website you find most interesting and useful.

Strictly Necessary Cookie should be enabled at all times so that we can save your preferences for cookie settings.

If you disable this cookie, we will not be able to save your preferences. This means that every time you visit this website you will need to enable or disable cookies again.